Orland Park village trustee Jim Dodge is demanding answers from top Governors State University officials after a recent executive inspector general report concluded that the school continued to pay full salaries to at least 33 former employees long after they had been dismissed.

“It’s a shame that they don’t have control and processes in place to prevent something like this from happening,” Dodge told the South Cook News. “It sure feels to me that all the people directly involved need to offer up an explanation and a plan for how we get these public funds back in our hands.”

The Chicago Tribune reports that the school paid out upward of $1.5 million to people who had either been formally terminated or were required to do very little, including some individuals who had taken on new employment. 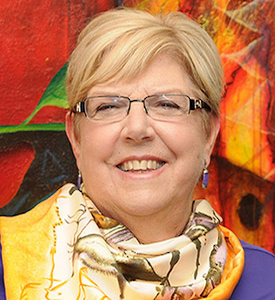 While school officials have attributed at least part of the mix-up to a faulty system used for documenting the cases of terminated employees, the Tribune reports that in some instances, workers were directly told to submit fraudulent time sheets, according to investigators. Much of the blame thus far has fallen on the shoulders of GSU President Elaine Maimon, whom watchdog investigators allege authorized some of the falsified time sheets and “mismanaged” the terminations of several staffers.

In addition, investigators detailed the school’s long-held practice of “automatically paying at-will employees after they were terminated without cause and stopped working.”

In her interview with investigators, Maimon, who is set to retire next summer after 12 years at the helm, claimed that she was not directly involved in any decisions related to the egregious oversights. She also insisted that she is unaware of any workers being paid for jobs they did not perform and that she was never involved in submitting any timecards on behalf of anyone who did not earn them.

“These are taxpayers dollars,” Dodge said. “If you want to waste your own money in a situation like this, that’s your prerogative. But when you’re talking about public dollars, you owe it to the taxpayers to be working to get this money back.”

Collectively, the inspector general interviewed 14 former employees of the school, concluding that many of them were given vastly different instructions for how to ensure they would receive compensation and benefits after having been terminated.