The advocacy group Change Illinois and other organizations appeared before Illinois lawmakers last month to push the state legislature into passing an amendment that allows voters to personally alter the legislative district map-drawing process.

As initially reported by Effingham Daily News, Senate Joint Resolution Constitutional Amendment 18 was established to end Illinois gerrymandering, or the process of state politicians drawing their legislative boundaries each decade in a strategy to obtain the most votes from residents.

“The time for an end to gerrymandering is now so that we’re not saddled with another 10 years of maps that stifle competition and suppress voters’ choices,” Madeline Doubek,  from Change Illinois, said during the hearing. 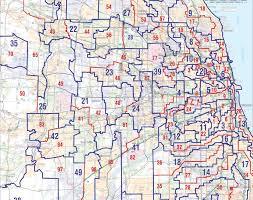 The amendment proposes the following requirements: the establishment of an independent, 17-member commission appointed by the Illinois Supreme Court responsible for drawing the Congressional and General Assembly maps, the appointment of seven commission members nominated from all political parties and an additional three members not affiliated with any party, and the option for public feedback on the maps during the drawing process as opposed to reviews from just the commission.

Doubek pressured the lawmakers to pass the amendment before the May 3 deadline as the 2020 Census is preparing to be released soon.

Change Illinois’ proposal is supported by fellow advocacy groups such as the League of Women Voters, Common Cause Illinois, the Illinois Farm Bureau, AARP, and the Illinois Chamber of Commerce, among at least a dozen others.

Many have long faulted Illinois’ legislative maps for being designed to assist politicians in securing “uncontested” election victories. A total of 54 out of 118 state House seats and 12 of the 20 state Senate seats are going unchallenged in the upcoming March Primary.

A previous anti-gerrymandering political group attempted to change the rule with a proposal containing at least half a million signatures, but was refuted by a law firm connected with House Speaker Michael Madigan (D-Chicago) and was dropped in the courts.

Gov. J.B. Pritzker has vowed to veto any map he sees to be unfair, according to Effingham Daily News.

The Illinois State Capitol in Springfield will see a rally in support of the amendment on March 26.

Want to get notified whenever we write about Change Illinois ?

Sign-up Next time we write about Change Illinois, we'll email you a link to the story. You may edit your settings or unsubscribe at any time.