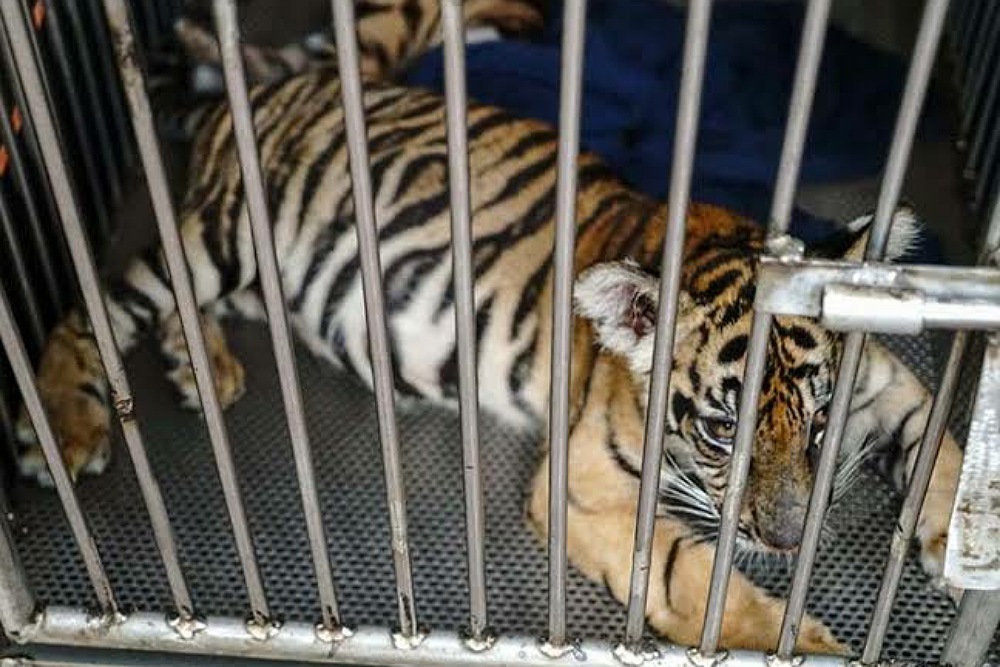 “Tigers, elephants, rhinoceroses, and pangolins are all at risk of extinction because of illegal trafficking. If we do not take action to protect these and other species, we risk being the last generation to share a planet with these important creatures,” said Congressman Lipinski. “This legislation would help to identify and reduce the American role in trafficking and enable the Presidential Task Force on Wildlife Trafficking to combat the illicit animal trade. Illegal trafficking is not only threatening these already endangered species, it is promoting corruption and fueling organized crime. We need to be diligent about ending these practices at home and abroad.”

Under the PAW Against Trafficking Act (H.R. 6043), the State Department would use existing data to warn American travelers about wildlife trafficking on its website and mobile app. The warning would remind travelers to be vigilant about avoiding products made from endangered or threatened wildlife and that possession or transport of these products is a serious violation of national and international law. In addition to preventing trafficking back to the United States, the warning would put added pressure on foreign governments to crack down on illegal trafficking in their countries.

Defenders of Wildlife, one of the leading organizations protecting endangered species in North America, has endorsed the legislation.

“The Protecting All Wildlife Against Trafficking Act takes important steps to fight illegal wildlife trafficking, which is a serious and mounting threat to biodiversity and to the rule of law across the globe,” said Bob Dreher, senior vice president for conservation programs, Defenders of Wildlife. “Congressman Lipinski’s bill would highlight the issue of illegal wildlife trade for American travelers, and would extend the life of the President’s Task Force on Wildlife Trafficking, a highly effective framework for collaboration among federal agencies that has helped ensure that the United States takes a firm, coordinated stand against wildlife trafficking.”

Brookfield Zoo expressed support for the Congressman’s new ant-trafficking legislation. The Zoo works to educate the public about the dangers of illegal wildlife trafficking, specifically as it relates to the pangolin, the world’s most trafficked mammal. The zoo is a member of a seven-institution consortium whose goal is to study the pangolin and use the resulting information to better protect the species in the wild.

“Illegal wildlife trafficking threatens the existence of many of the world’s most unique and diverse species,” said Bill Zeigler, senior vice president of animal programs at Brookfield Zoo. “A strong national effort is critical to addressing consumer demand for endangered species products and raising public awareness of the devastating impact of trafficking.”