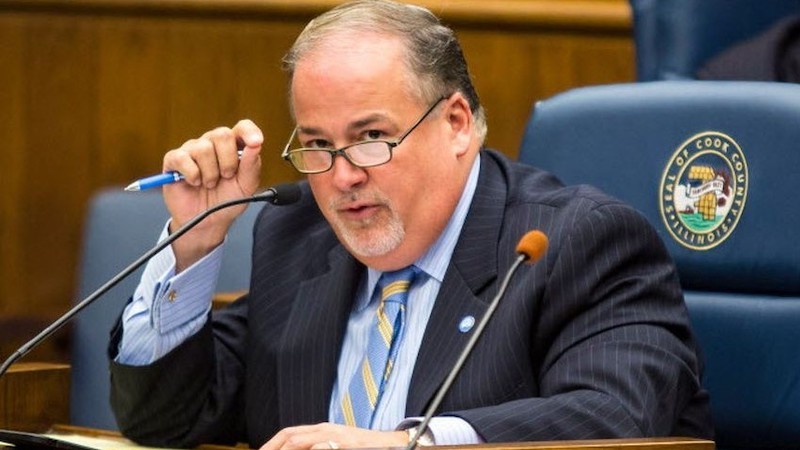 Cook County Board Commissioner Sean Morrison has an unshakeable philosophy when it comes to the issue of charter schools in Illinois.

“I believe in the mission of the schools and I’ve always been of the mind that it’s best to allow parents the choice of making the decision about where the best place is for their children,” Morrisonl, a Republican, told the South Cook News. “I've always felt they would be the best judge in terms of atmosphere, setting and any other factors that you want to consider.”

Morrison’s philosophy extends across all frontiers and seemingly applies no matter what the circumstances.

While he admits that he doesn’t know much about what went into the Chicago Board of Education’s (CPS) recent decision to rescind the charter of Chicago Virtual Charter School other than officials citing poor academic performance, he argues the factors accounting for his position remain indisputable

“We know that CPS has some of the highest per capita costs in the country for taxpayers when it comes to funding education, and it’s struggling to compete with other school districts,” he said. “Another thing we know is that just throwing money at the situation is not necessarily going to help with student achievement.”

As the state’s first primarily online school for kindergartners through high school, Chicago Virtual serves 520 students with pupils physically attending class at the near West Side campus just once a week. All other classroom activity is conducted online during which students interact in real-time with their teachers and fellow students.

Parents and teachers alike have vowed to fight for the school and have formally filed an appeal of CPS' decision. Having its charter revoked would automatically result in the school losing its status and funding as a public school.

While the school’s struggles have seen it placed on CPS’ academic warning list twice over the last 24 months, things haven’t always been that way. As recently as 2012, Chicago magazine ranked the school where four out of every five students is a minority 14th on its list of the city’s top public high schools.

Supporters of the school are quick to point out that CPS has at least 130 other schools that also have Level 2 ratings and that Chicago Virtual has already started to institute improvements that are making a world of difference, such as third- to eighth-grade reading and the percentage of high school students earning college or career credentials.

“While it’s true CPS has some very good magnet schools, the fact of the matter is many of those schools have selective enrollment and it’s very difficult to get into them,” Morrison added. “That’s part of the reason for the creation of charter schools.”