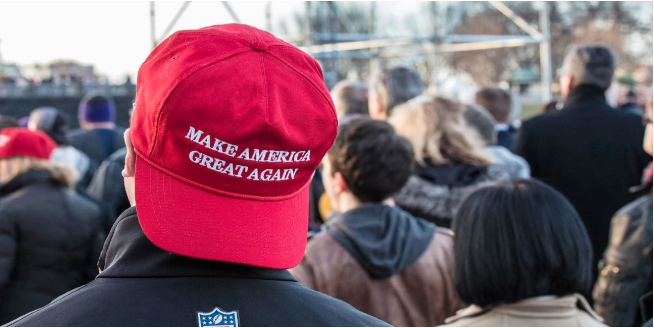 The Cook County GOP is calling for calm to prevail in the wake of what it called an "insidious" social media post made by Kankakee County Democrats comparing conservative voters to members of the Ku Klux Klan.

“Here is the Democratic Party on full display right here in Illinois,” the Republican organization wrote on Twitter in a post that showed the captioned photo of a Klansman's hood originally posted by Kankakee County Democratic Chairman John Willard. “This was recently posted on July 19 to Facebook and they would have you believe that this image and statement are not insidious in any way. Really? Some civility on both sides is in order.”

The caption on Willard's post posed the question, “What is the difference between a Klan hood and a MAGA hat?"

"MAGA" is the acronym for a slogan created by President Donald Trump while on the campaign trial in 2016: “Make America Great Again."

Willard's post immediately drew a response from the co-host of "Chicago’s Morning Answer" conservative radio talk show, Dan Proft, also a principal in Local Government Information Services, which owns this publication. Proft posed his own question on social media, asking if the mainstream media and Democratic leaders such as Gov. J.B. Pritzker, Sen. Dick Durbin and House Speaker Mike Madigan would move to hold those responsible for the post accountable for their actions.

Pritzker responded to the controversy by rebuking Willard on Twitter.

Want to get notified whenever we write about Cook County Republican Party ?

Sign-up Next time we write about Cook County Republican Party, we'll email you a link to the story. You may edit your settings or unsubscribe at any time.